Save ₹3,001.00
Roll over image to zoom in
Click to open expanded view
#1 Best Seller in Apple Mac Adapters

🎁 use code: 10XDIWALI - 10% Instant Discount on selected products (for prepaid orders only)

Note: Kindly match the pin size and voltage with your existing charger. This is not an Apple original charger.

The 45W MagSafe 2 Power Adapter features a magnetic DC connector so if someone should trip over it, the cord disconnects harmlessly and your MacBook Air stays put safely. It also helps prevent fraying or weakening of the cables over time. In addition, the magnetic DC helps guide the plug into the system for a quick and secure connection.

When the connection is secure, an LED located at the head of the DC connector lights up; an amber light lets you know that your notebook is charging, while a green light tells you that you have a full charge.

Designed to be the perfect traveling companion, the adapter has a clever design which allows the DC cable to be wound neatly around itself for easy cable storage.

This power adapter recharges the lithium polymer battery while the system is off, on, or in sleep mode. It also powers the system if you choose to operate without a battery.Compatible only with MacBook Air featuring MagSafe 2 power port.

Compatible only with MacBook Air with MagSafe Power Port.

Not sure if this is the right power adapter for your Mac?

See this article for more details about choosing the right one.

Knowing which specific Mac model you have is important. If you are running OS X Lion (10.7) or later go to the “” menu at the top left of your screen, choose “About this Mac” then click the “More Info…” button. Your Mac model and generation will be displayed.

If you are running an earlier version of OS X, you can enter your serial number here to find out which model you have. 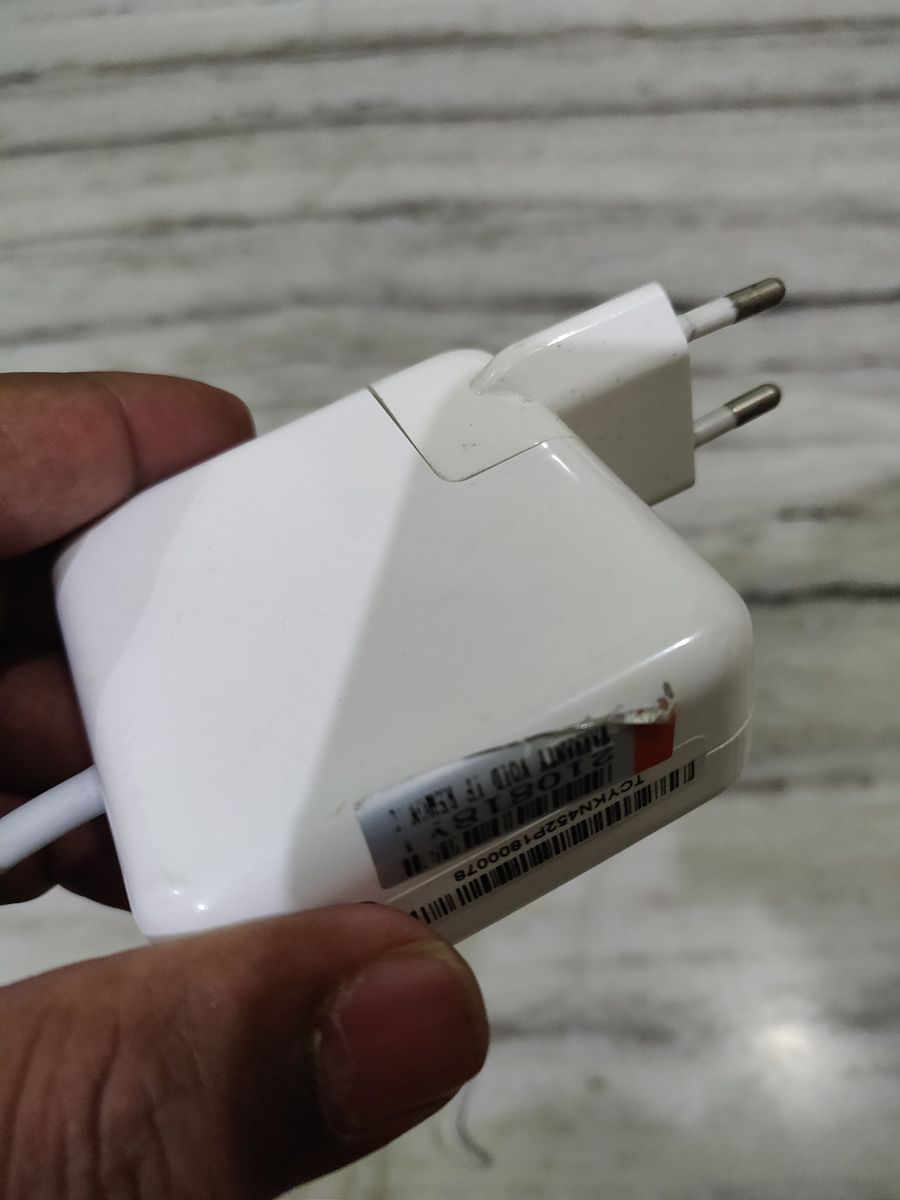 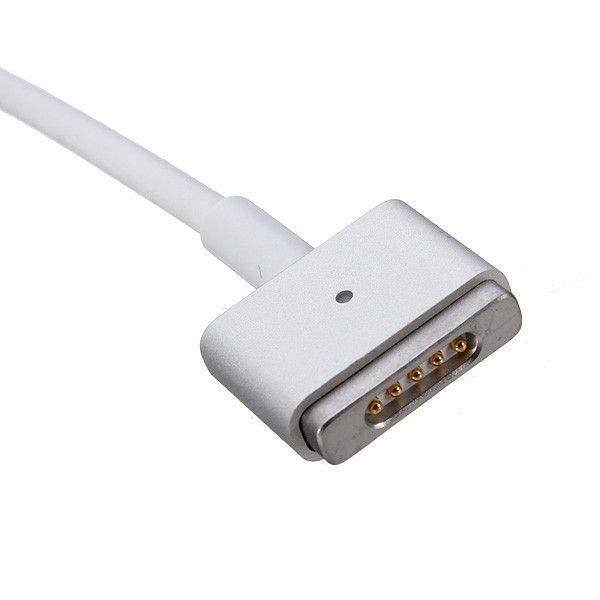 It's extremely portable n perfect replacement of my out of box macbook charger.

2 out of 3 people found this helpful. Was this review helpful to you?
Yes
No

very good quality charger - does not heating much as compared to my earlier charger purchased on flipkart which last only for 2 months. Will see the performance, at present cool.. recommended for Macbook Air laptop having 45w charger

5 out of 7 people found this helpful. Was this review helpful to you?
Yes
No

There are no questions yet

Your question will be answered by a store representative or other customers.

Thank you for the question!

Your question has been received and will be answered soon. Please do not submit the same question again.

An error occurred when saving your question. Please report it to the website administrator. Additional information:

Thank you for the answer!

Your answer has been received and will be published soon. Please do not submit the same answer again.

An error occurred when saving your question. Please report it to the website administrator. Additional information:

Sorry, but nothing matched your search terms. Please try again with some different keywords. or try clearing some filters

Sort by
Filter by

Buy with confidence with our No RISK purchase. We offer 10 days free returns and 30 days moneyback guarantee in our products (click here) to know more.

f you aren’t 100% satisfied with this item you may return it or exchange it for free within 10 days after delivery. Simply bring it back to our store or mail it back to us with a free, pre-paid return label. After 10 days no free return eligible, you can still either self return or pay the return courier charges.

I need to return an item.
Need help now? Let’s chat on whatsapp

Free shipping across nation for selected products. Shop at lapgadgets.in with confidence by mode of Cash on delivery / credit / debit card in selected cities. With more than 26000 pin code covered in India.

You can shop at lapgadgets.in with confidence. We have partnered with Paytm & Razorpay, a leading payment gatewayin India, to accept credit / debit  cards, netbanking, wallet payment and electronic check payments safely and securely for our customers.

Get experts advice in buying correct laptop parts. Avoid the risk of laptop failure and other damage which may occur due to wrong part purchase. Our experts will be happy assisting you.

Buy with confidence with our No RISK purchase. We offer 10 days free returns and 30 days moneyback guarantee in our products (click here) to know more.